Mad City Rokurou Rangetsu is a GTA style third person action shooter. Adjust the distance and the sensitivity of the camera to your needs. Play an anime character named Rokura Rangetsu and cause trouble in the city.

Rokurou Rangetsu is a 22 year old man. Rokurou was a samurai, but later he became a demon and his humanity and common sense disappeared. Now he finds himself in a town called Mad City and decides to play a little terrorist game here. Fight the police, steal a car or do various tasks. Enjoy an atypical character in the criminal world. 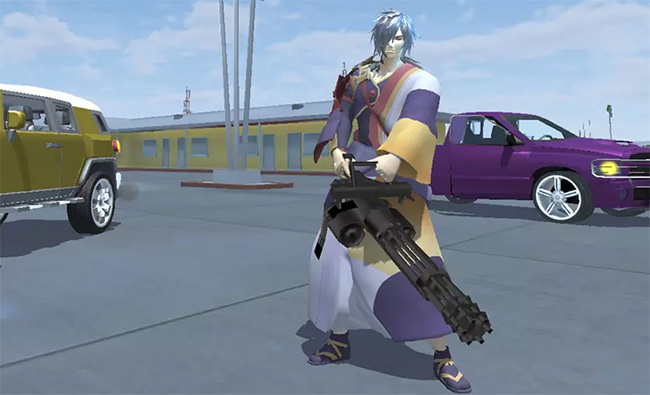