Bullet Force is a modern 3D first-person shooter game for single player and multiplayer. The game is available for free and can be played on all major platforms. Bullet Force is operated by the American studio game Blayze Games.

As you know, a game is like another game, always the same. Cards are almost identical, user environment, appearance and even game. There are only a handful of unique, awesome games - and we're not afraid to say that Bullet Force is one of them. 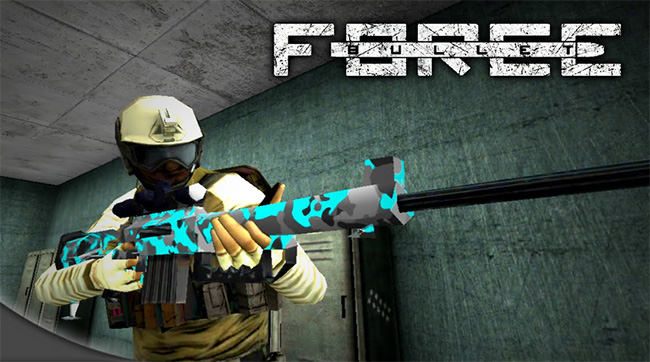 In the end, that's not the existence of maps, weapons, unique multiplayer and a host of other features, they're also available in many other games. What makes Bullet Force interesting and unique is the way and passion developed. Bullet Force is the product of a Lucas Wild boy who just wants to create a great game and is not afraid to invest time and money in it. At first there was no business model behind the game, just the goal to achieve something. Of course, Bullet Force as it is today is a commercial thing, in fact it must be kept alive. Lucas went to his mission in the Church many years ago (he should come back in 2020) and in order for the game to be available and updated for the player, you have to make money to hire a new developer, Since then, Bullet Force is run by Blayze Games - a game studio owned by the Lucas family. Quite interested?